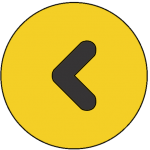 In 1515, a peasant revolt began to spread throughout the Carniola region. To curb this, they ask for the help of captain Marko from Klis “Marcus von Clis”, the commander of the Uskok army. He went to the Croatian ban to join forces against the rebels. After successful negotiations, captain Marko returned. At this time, however, the emperor’s order for a truce came. Therefore, the Carniolan governor and viceroy again sent the knight Marko to the Croatian ban with a message about the emperor’s truce, so that the ban would not attack the rebels. Marko, however, used this second trip to bargain with Croatian nobles. With his mercenaries, he invaded the Brezice countryside from the direction of Brestanica, where he was joined by several Croatian noblemen, they captured around 500 women and children, and forcibly took them to Primorje “in mare”, where they were sold as slaves. After returning from Primorje, Marko had to report to the city of Brezice for some unknown reason. Due to the fortified town with a strong local garrison, the proximity of the castle, his troops, and, if necessary, the help of Croatian nobles, Marko went to the city with his brother Stefan, ten Croatian nobles, and fifty mercenary soldiers. Because of all the injustices, crowds of angry farmers immediately rushed into the city, shouting “Leuhkup, leuhkup uvoga gmajna”. Unfortunately for the imperial captain, the townspeople were sympathetic to the farmers, as they traded a lot, cooperated, and even befriended the farmers. When captain Marko sees that he has fallen into a trap and the townspeople do not prevent the peasants from entering the town, he angrily attacks the townspeople and starts burning the city with its privileges. Meanwhile, he and his horsemen retreat to the old castle of Brezice. (it is not known whether he struck the peasants with his horses and fought his way to the castle, or whether he used the city boat, which was still under his control). In two days, around nine thousand farmers gathered around the town and the castle (many of them were also from city Lasko and the surrounding area), who immediately surrounded the castle (also with boats on the river Sava) and began the attack. Marko had no chance to send for reinforcements, as the rebel army was too strong and the Croatian nobility preferred to prepare to fight for their possessions. Ludvik Reinecker was the castellan at the castle Brezice at that moment, who probably had with him a porter, a few guards, and a few servants. Together with the Croatian nobles and mercenaries, the army at the castle now numbered around 70 soldiers. The peasants began to undermine the walls of the castle with the intention that it would collapse under its weight. captain Marko sees what is happening and decides that he will try to break out of the castle with his six horsemen or die an honorable death trying. The long spears and halberds of the peasants prevent a quick escape, and when captain Marko is on the bridge with his horsemen, peasants undermine the bridge and set it on fire. The bridge collapses into the defensive ditch and drags the horsemen with it. The peasants seize the opportunity and beat the knights mercilessly. Captain Marko and his horseman are beheaded and their heads are put on spears in triumph. A little later, part of the castle wall collapses and a crowd of peasants breaks into the castle. After a brutal fight, none of the defenders were left alive, and the decapitated bodies were thrown over the wall into a ditch and left unburied. They loot the Brezice castle, where they find 375 guilders that captain Marko carried with him (probably from the sale of farmers’ wives and children to slavery), as well as many other valuables and weapons. At the very end, they burn down the castle.

A few weeks later the Carinthian army of 100 horsemen and 400 footmen under the command of Hieronimo Zothn marched on the peasants. In 1516, additional help from the imperial army arrived and the rebellion was finally suppressed in December 1517 after two years of battle. The leading peasants were tortured and hanged, their commanders had their noses and ears cut off as a warning to others, and the rest of the peasants had their land confiscated and heavy financial penalties imposed, as well as forced repair of the damage caused.

Uskok commander in the 16th century